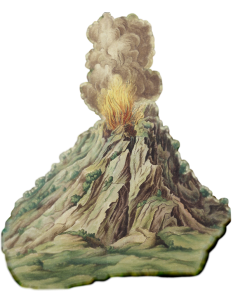 When we talk about Banda, we are actually talking about the Banda Islands, a collection of islands – Neira, Lontor, Rosengain, Pisang, Gunung Api, Keraka, Ay, Nailaka, Run and Manukang. These days Rosengain is called Pulau Hatta, and Pisang has been named after Syahrir, the first vice-president and prime minister respectively of independent Indonesia. Both were in exile on Neira for many years in the 1930s.

The Banda Islands are located in the Banda Sea. With a maximum depth of 7,440 metres, it is one of the deepest seas in the world. The Banda Sea is directly connected to the Pacific Ocean.  As in other parts of the Moluccas, the rainy season on the Banda Islands runs from June through October. During this period, the weather is characterised by strong winds that make the waters around the islands difficult to navigate. Only large ships are able to sail from Ambon in the north to the Banda Islands, a journey that takes eleven hours. In the dry season, smaller, faster ships also sail, taking over six hours.

‘For the inhabitants of the islands, the question is not if there will be another volcanic eruption, but when’

In this film by Bandanese filmmaker, Lookman Alibaba Ang introduces you to paradisiacal Banda. In this beautiful and compelling video, where he ‘dances’ across the islands, he shows Banda of today and its turbulent history. 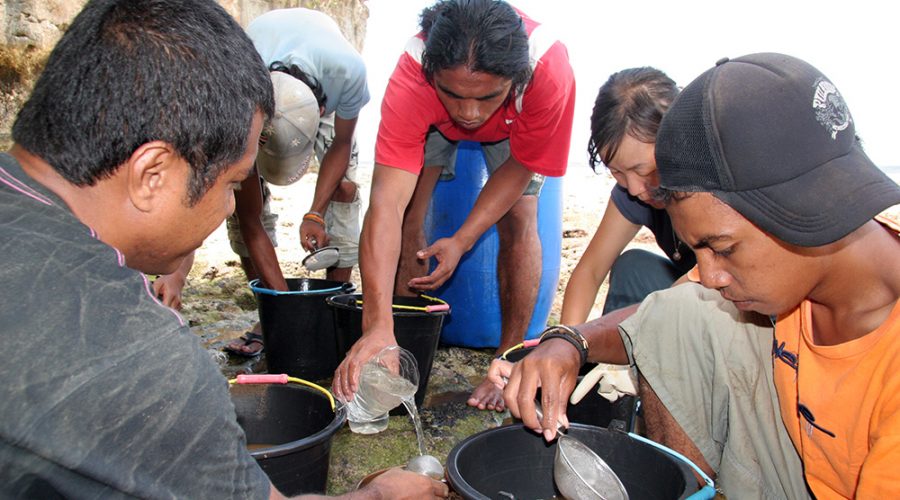 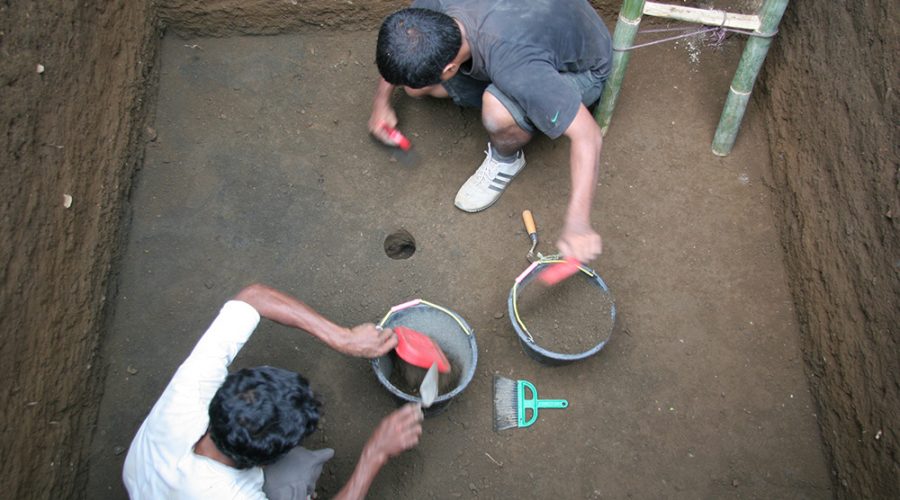 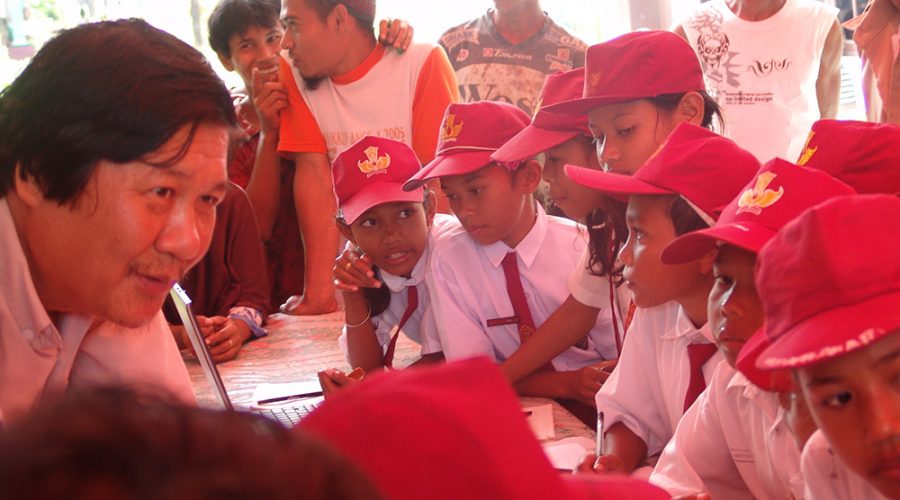 Peter Lape, anthropologist and archaeologist at the University of Washington, and curator of the Burke Museum, talks about his research on the Banda Islands since the nineties. The archaeological riches made it possible for him to uncover the earliest history of Banda.

‘In the end, she was so tired that she sat down on the ground, started to lament and stuck the knife Sima-Sima into the ground.

The last Orang Kaya of Banda, Des Alwi, was an avid filmmaker. He made several films about Banda, for instance the one about the kora-kora races. In 1988 he captured the eruption of the Gunung Api volcano, an event that had an enormous impact on the Bandanese. Many had to flee to save their lives. The film shows the resilience of the Bandanese who rebuild their lives after each eruption in this paradise on the volcano. 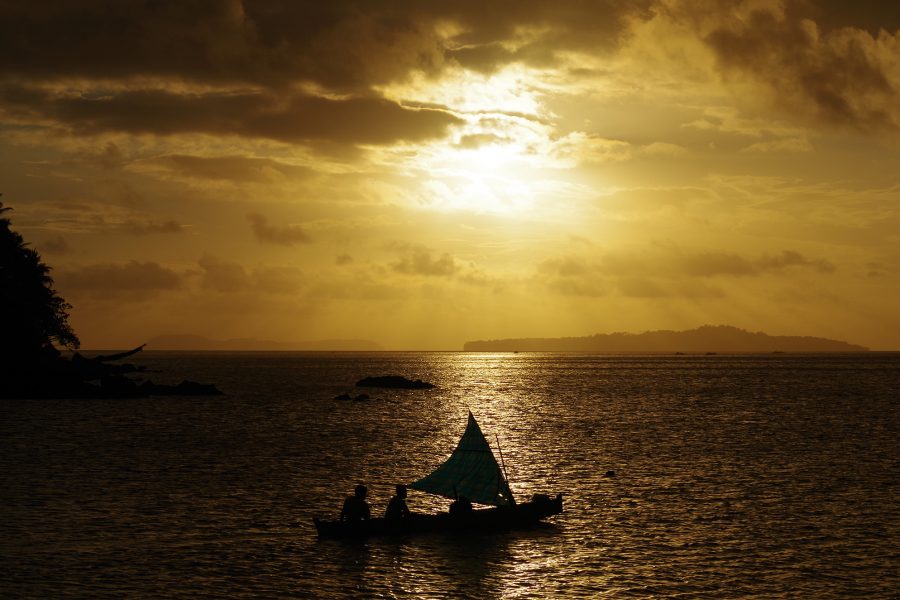 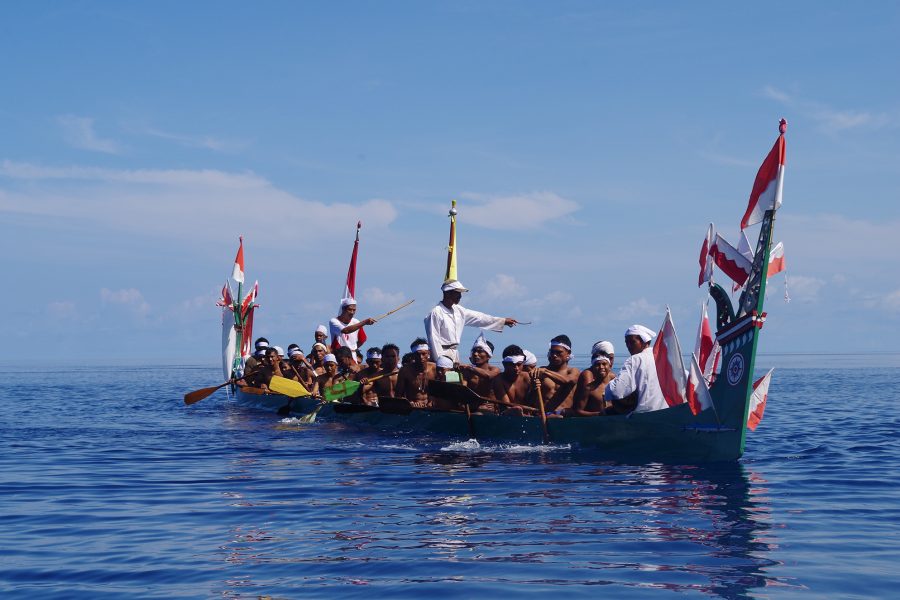 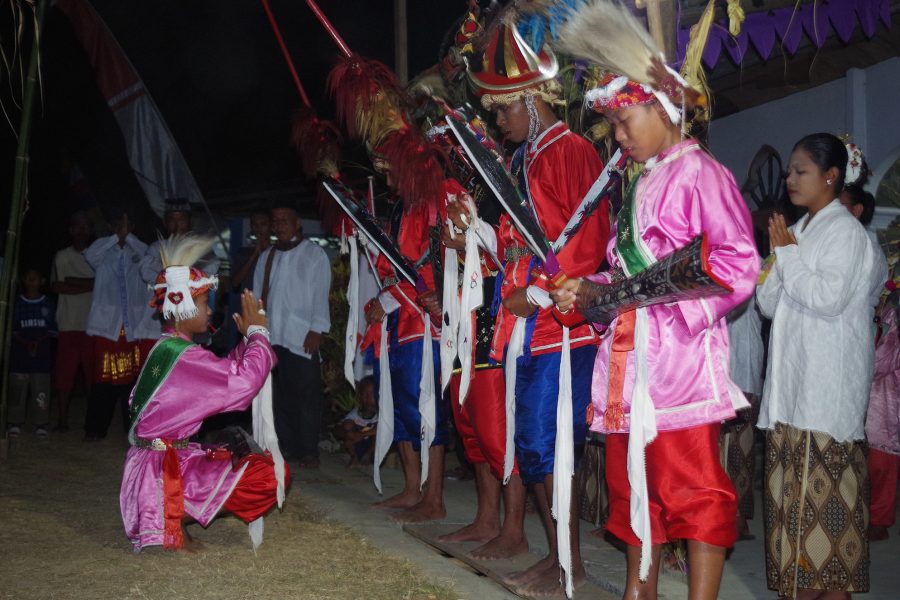 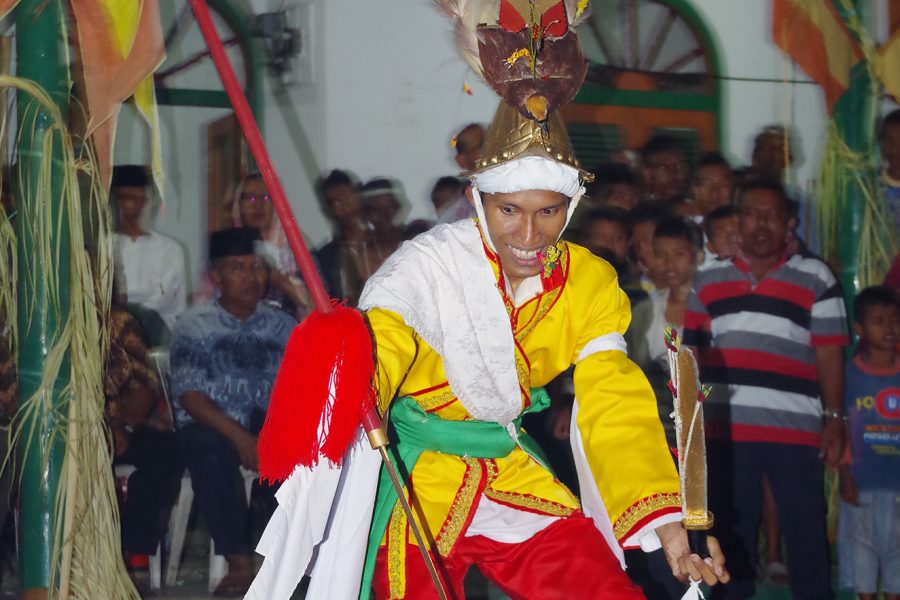 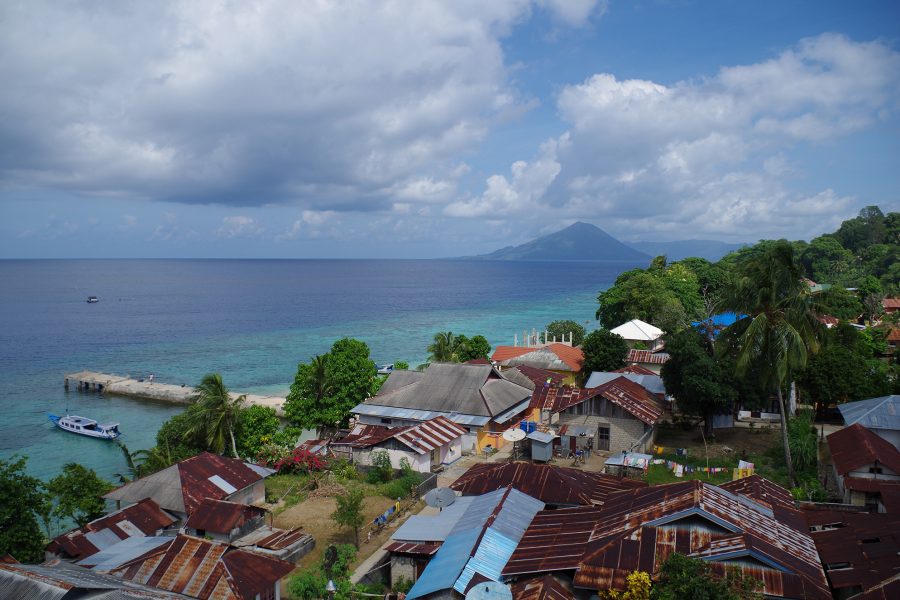 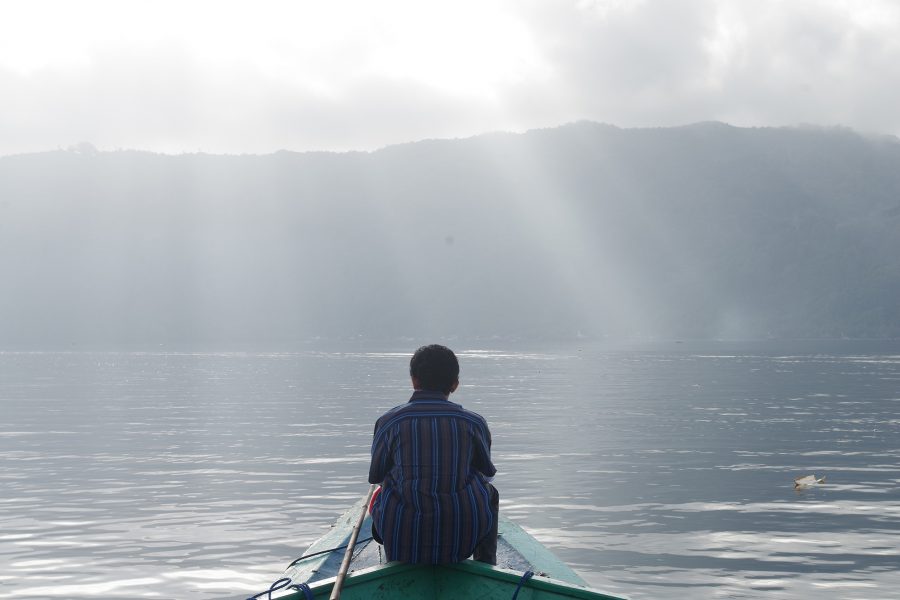 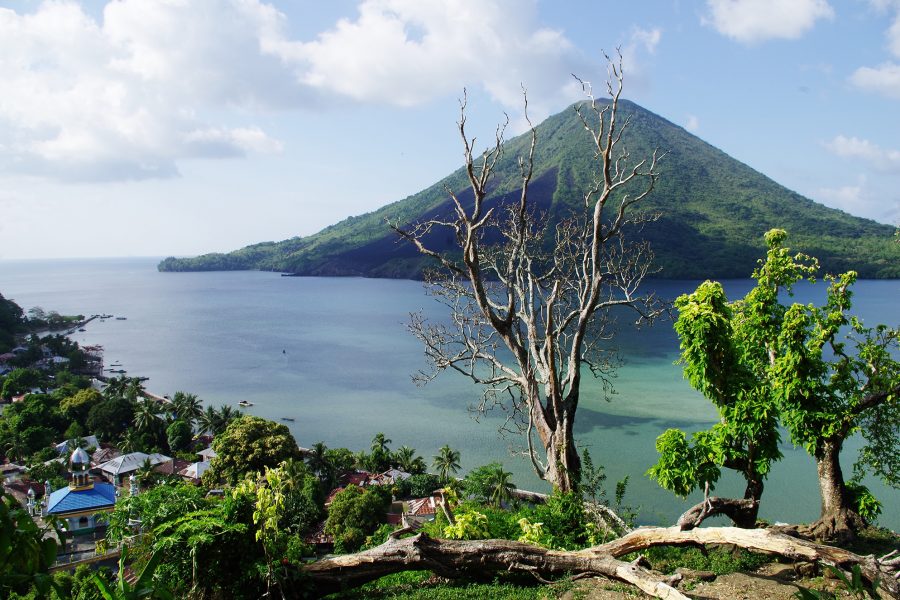 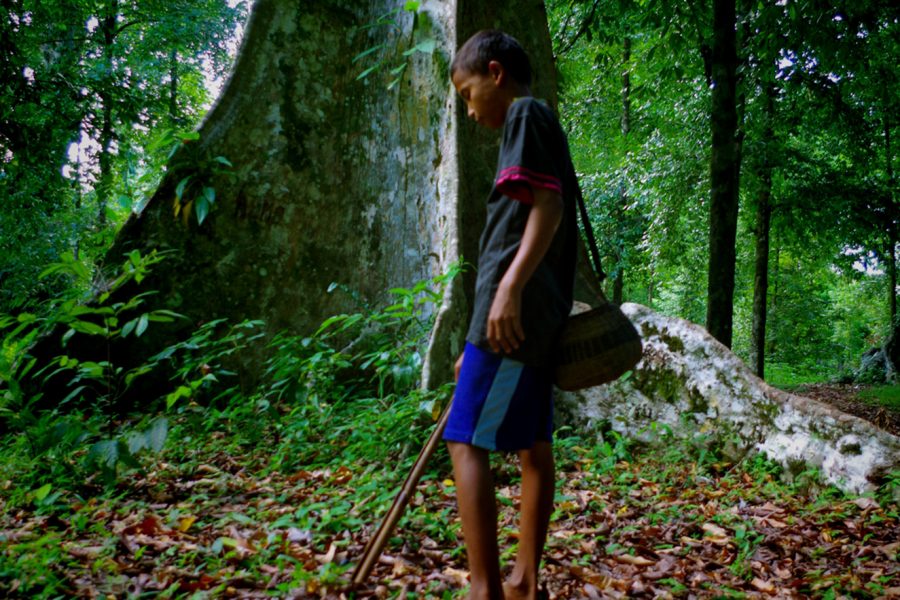 Lookman Alibaba’s photography shows an enchanting view of the Banda Islands. A compilation shows that his eye for beauty produces fantastic photographs. The photographs of Cakalele dances, the kora-kora and the menacing silhouette of the Gunung Api transport you to Banda.