Banda’s sorrow
was the sorrow of the commoners
it was the sorrow of earthenware bowls
how the blessings of spices became curses
the rich noblemen were impoverished
for the glory of Nassau and Belgica
the reef breaks the wave-wave-waves
Let us roam the world
wind is blowing in our people’s faces
that gust of wind, a block of driftwood on the water
that gust of wind, flotsam floating on the sea
further on the island Kur, where we go on shore
there, on the horizon, Kur Island 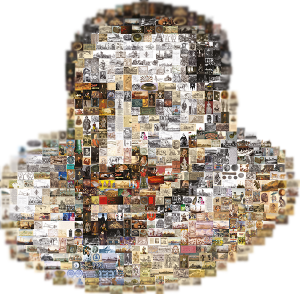 echo of a massacre

How far does the echo of a historical event reach?

Far, as is evident in the case of the genocide on Banda. 400 years later, the horrific and disruptive events on the nutmeg islands still occupy the ‘hearts and minds’ of people; on Banda, in Indonesia and the Netherlands. Not only do they evoke attention and interest, but emotion too.

Today maybe even more than ever before. The memory of the events in 1621 has been kept alive for four centuries and has been passed on from generation to generation, in various forms and with a constantly renewed view on the story.

‘… not only a ‘Mahnmal’ (memorial) in honour of the victims of colonialism, but also a ‘Denkmal’ (monument), that recalls the resistance against it’

After the bloodbath of governor-general Jan Pieterszoon Coen on Banda in 1621, the Banda Islands, with an estimated number of 15,000 inhabitants, was practically depopulated.
From the first violent clashes with the VOC in 1609 until in 1621 approximately 14,000 Bandanese men, women and children were murdered or perished. A few hundred were taken prisoner and taken to Batavia as slaves. Other had been able to flee in time and eventually they settled permanently elsewhere, particularly in the Moluccas. Nowadays, there are still numerous traces to be found of the Bandanese diaspora. Variations of the old name for Banda, often offer an indication: Wakan, Wandan or Wadan.

To this day, a number of them in the Moluccas and elsewhere in Indonesia have managed to preserve the knowledge of their heritage, their language and culture. These are the inhabitants of a village or individual families. A large number of them have settled on Kei Besar, namely in the villages of Wadan Eli and Wadan Elat. Descendants of these original Bandanese can be found in the Netherlands too. Their knowledge about their own background varies. Where one person knows virtually nothing, another can tell all kinds of stories.

Translation of the interviews coming soon.

Boy Barajanan (1954). “Sometimes I heard my father and my uncle talk in front of us, that my ancestors came from Banda. But everything else was blurry.”

Abas Wakan (1955). “I have always searched where my last name comes from.”

Aboe Marasabessy (1959). “My mother was born in Banda, but her family is originally from Ternate. I have embraced Banda.”

Fatima Barjanan (1947). “All I know is that my father said we moved to the Kei Islands from Banda, but why, he never said.”

Sam Pormes (1954). “There are only four villages on the island of Serua. My father’s mother comes from Lesluru, the village where the inhabitants are from Banda.”

Anthony Rettob (1952). “Both my father’s and mother’s family have Bandanese blood in them”.

‘Because in the chronicles about the VOC in the 17th and 18th century the rule was no criticism, but glorification of the actions of the Dutch’ 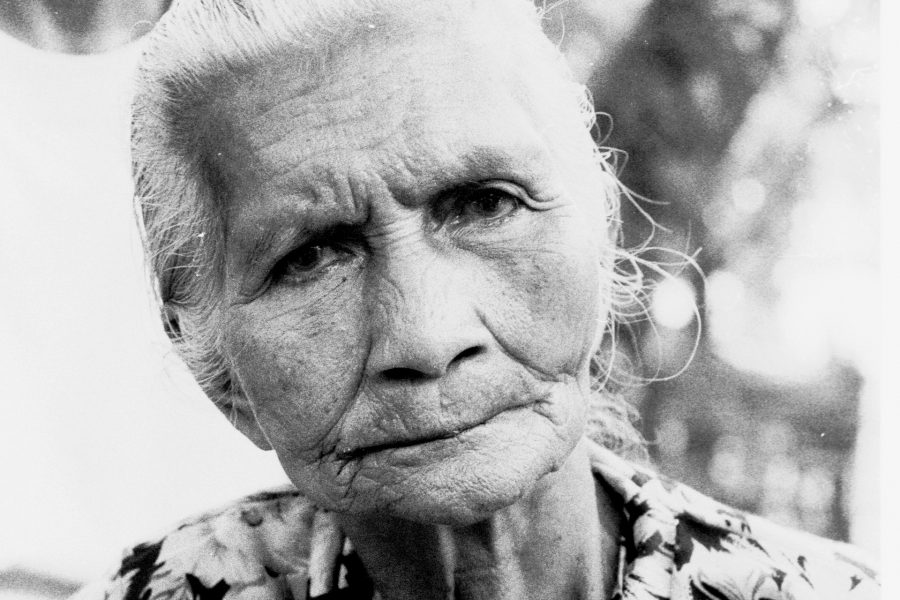 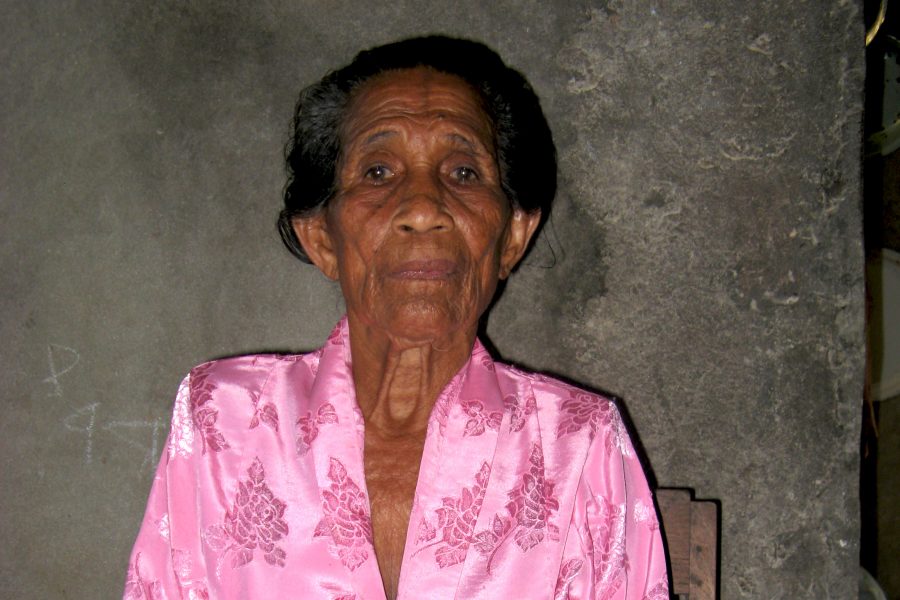 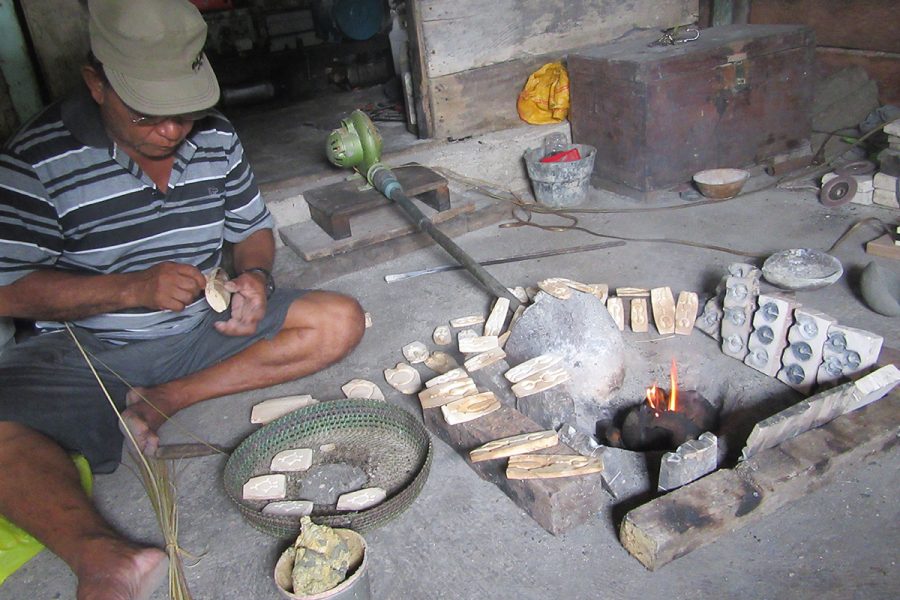 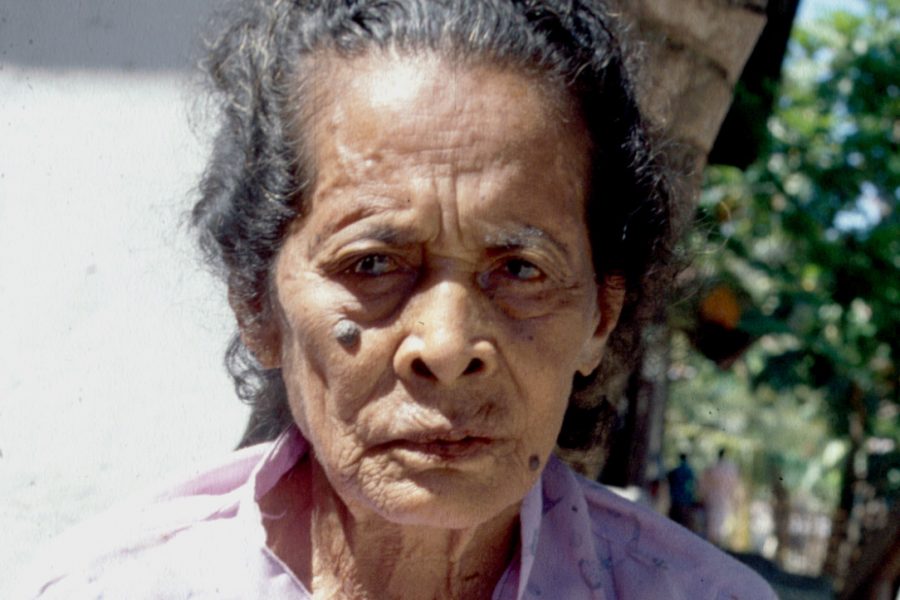 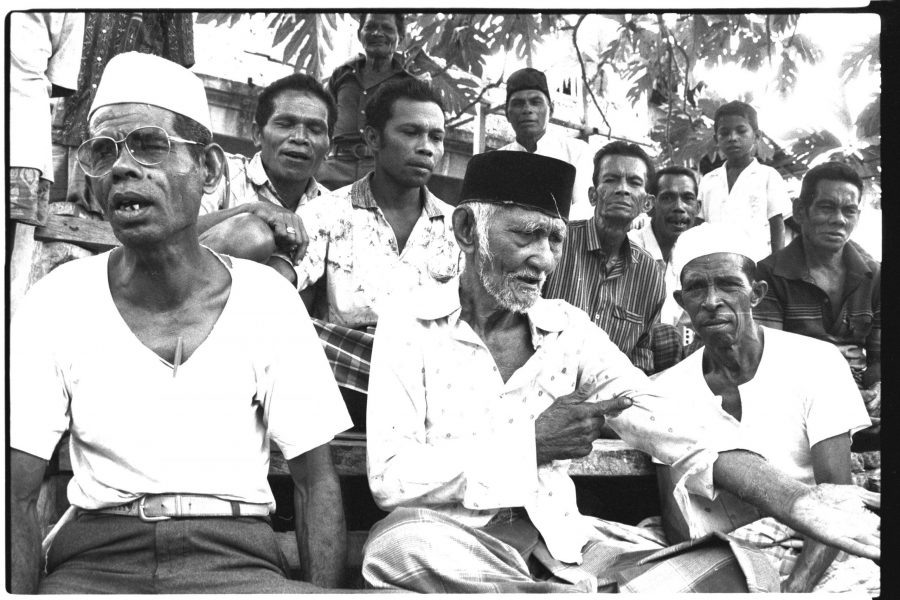 Based on his research to the ‘onotani’, songs of travel, anthropologist Timo Kaartinen (University of Helsinki) speaks about the Bandanese diaspora. These songs commemorate the heroic voyages of Bandanese ancestors for whom the voyage to the Kei Islands form the basis for the community. And frankly, who are the original Bandanese?

Women of the old days and today from the Eurasian continent receive a tribute with the unique soap emulsion, that was specially created for this occasion.
The objects visualise the century-old interhuman and intercultural relationship between the Moluccas, the Netherlands and Indonesia.
This is highlighted in a new way from the perspective of the woman.

‘This ‘decolonisation debate’ touches upon current themes like institutional racism, dealing with the history of slavery, the call for more inclusive historiography’

The massacre on Banda. Artist Tineke Fischer was very much moved by this infamous part of the history of the VOC. With her artwork ‘Nutmeg and mace’ she draws attention to the human price that was paid for the wealth that the spice trade brought the Netherlands.

The work of art consists of 140 nutmeg nuts, that seem to have washed up on the beach. The nuts somewhat resemble skulls. It is as if they are screaming. In the bright red mace you can see hands that are asking for help. Together with the chaos on the beach. these refer to the drama that has taken place on the Banda Islands.
The installation can be seen in the Westfries Museum in the VOC hall.

‘Nowadays there is just one perkenier family active in the nutmeg production on Banda, and that is the Van den Broeke family’

Beatrice Glow is an internationally acclaimed American artist with ancestral ties to Taiwan. She makes interactive multimedia projects, paintings and drawings, but earthenware as well. The connecting theme in her work is the human connection. Her focus lies on migration, slavery, and inequality in all its manifestations. Banda’s history too has an important place in her projects. In her contribution all these aspects come together.

‘…They destroyed an unique social-economic system in Southeast-Asia’ 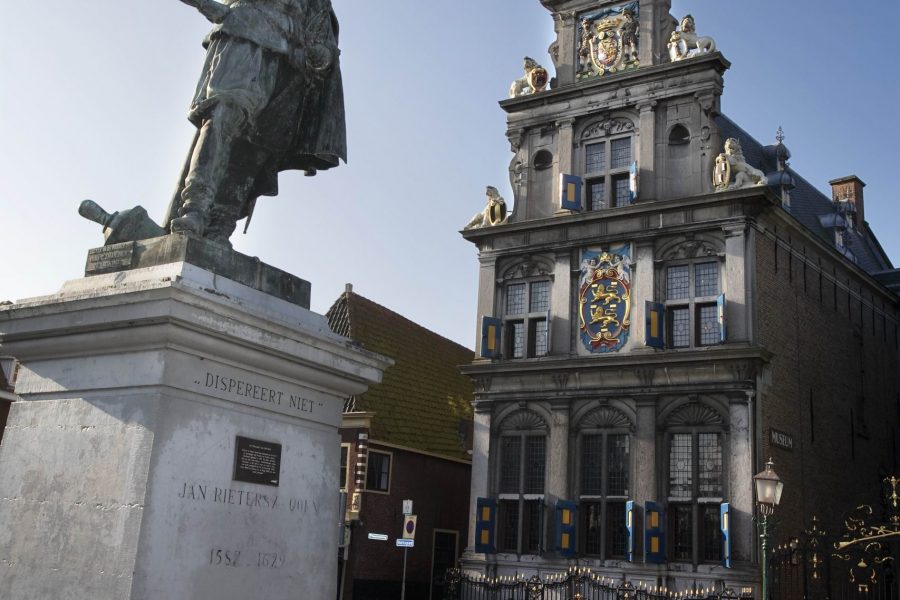 Tamalia Alisjahbana is a lawyer, who went to university in London and Cambridge and who worked as a journalist. She is now active mainly in culture, law and heritage. Her focus is on rapidly changing views in relation to historical (colonial) events and persons. In this podcast she talks about the parallels between the massacre on Banda and current worldwide developments. And what we could do with Coen’s statue.

‘If a statue had not been erected for Coen already, I doubt whether it would still be done. Blood sticks to his name’

The discussion around Coen was also current in 2011. The Westfries Museum decided to make a large exhibition in the Westfries Museum in the form of a trial. Jan Pieterszoon Coen was the accused. The charge was: Coen is not statue-worthy. Witnesses took the floor who pleaded for and against the charge. See the video in which the project is explained.